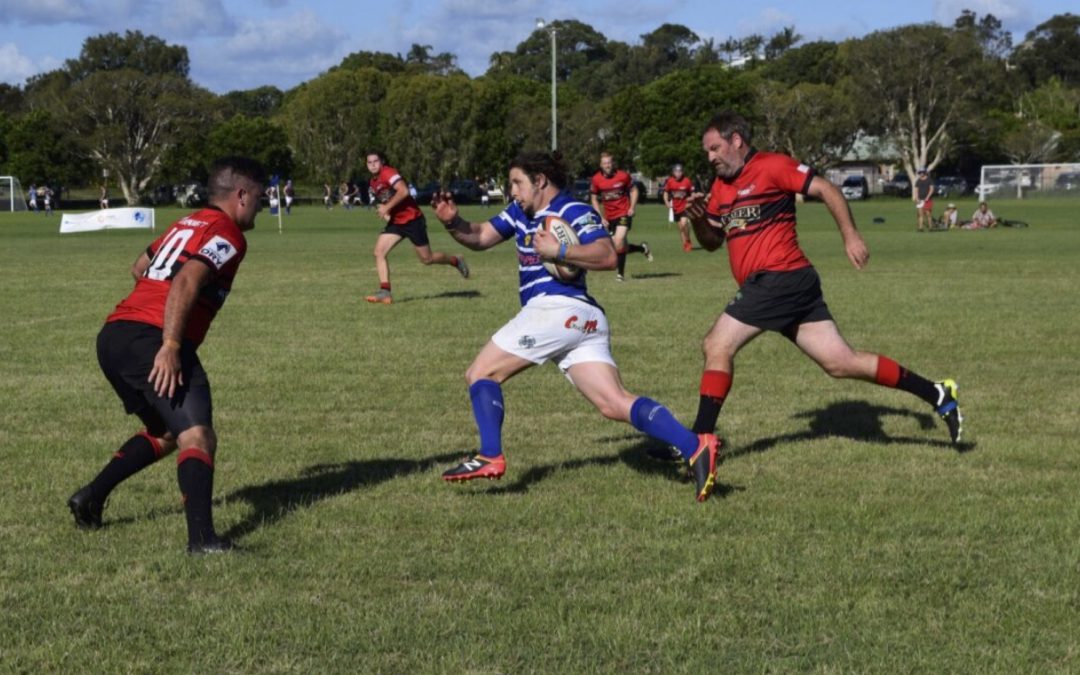 It has been a big couple of weeks for the boys from Byron in both grades of Rugby Union.

After the first grade win in the season opener away against SCU, both grades faced a tough battle at home against last years premiers Wollongbar.

The Crabs came up winners in the first game with the score board showing 29 – 5 to the home team. The first grade were pipped at the post by the experienced WAR outfit with the visitors winning 29-23 in a tense and close affair.

Last weekend saw the boys in Blue travel to Lismore City to face both of the grades celebrating their 50th year at Rugby Road.

It was another battle from start to finish, Lismore bringing two very physical hard matched games to Byron. Both the travelling teams snatched the win with the Crabs score finishing 13-5 up and the first grade 31- 14.

Lismore City should not be under estimated and there have been some very sore bodies in the shire this week, they really stuck it to our boys.

With that said tomorrow Byron make the longest journey of the season and visit Casino. Its been a big effort by everyone involved in the club to call out as many Crabs as possible from the dudes to take on the Bulls.

The teams announcements are as follows:

“I used to play for Casino, always good going back to the old stomping ground, looking forward to playing against old friends and getting stuck in.

I have always preferred Crabs to Bulls, least with Crabs you know where you stand with them, unless you get them like I did last year, but thats another story.

Even more than the games I am looking forward to the famous bus trip, last year it was a ripper, however this year I have to sit up the front with the driver and drink water but i’m ok with that. Someone has to be the safety officer and I think I owe that to the boys this year.”